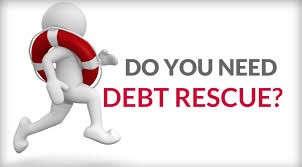 Private equity firm Kleoss Capital announced that they had bought a stake in one of the largest debt counselling firms in South Africa, Debt Rescue.

“We are delighted to have Kleoss Capital on board. We were impressed by their methodological approach to investing and thoroughness during the due diligence phase. We look forward to the strategic partnership and the invaluable inputs Kleoss Capital will be able to make in our already strong management team”, said the CEO of Debt Rescue, Neil Roets.

Roets expanded: “We have twice been voted the best debt counselling firm in South Africa by both the public and by the major role players in our industry which included the major banks.

“By having Kleoss Capital on board, we have access to the brightest and the best minds who have the ability to assist us to build on our success and take the business to the next level. Kleoss Capital is also a 100% black owned and managed investment manager.”

With Debt Rescue ready to expand and venture onto new, wider paths, Roets said Kleoss Capital approached Debt Rescue as they viewed the company at the pinnacle of their field and under the impression that the company offered a high level of potential in regard to growth.

“We decided to join forces because we wanted to create a business where we could put the expertise that we had learnt in our banking environment to full use.

“We wanted an arena where deal sourcing, deal structuring, debt and capital raising and acting in an advisory capacity to clients who wanted to dispose of their businesses was our main focus.

“We were confident that we had the requisite skills and the experience to raise sufficient capital to get an investment business up and running by bringing our expertise to the table to grow whatever businesses we chose to invest in to create value for our investors.”

Matsipa expanded, by saying: “We believe Debt Rescue has a bright future and is ready for the next phase of its corporate life where we see the business growing to generate solid returns for our investors. We believe that in Debt Rescue we have a solid platform for improving the lives of the millions of over indebted South Africans.”

Khumovest was appointed by the shareholders of Debt Rescue to manage the sale process and act as their financial adviser. Based on this mandate, Khumovest approached a number of potential investors with the investment opportunity and eventually brokered the deal between Kleoss and Debt Rescue. Key individuals that assisted with the transaction were: Thurstan Moodley (Managing Partner) and Ratirelo Mothobi (Managing Partner) who led the transaction team from Khumovest, assisted by Priyan Padayichie (Associate).

Sorry, the comment form is closed at this time.